Get your order for free!

Sign up for the chance to win your next order for free! You’ll also receive updates, offers and deals from us too. 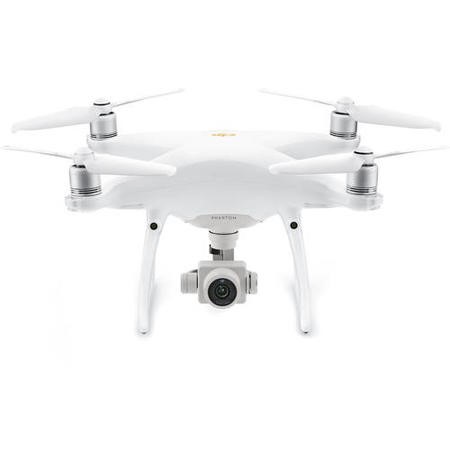 This is a graded product. A1 products are "as new" but have been box opened. All A1 products will be fully bubble-wrapped for transportation.

The Phantom 4 Pro is loaded with some amazing technology that makes it a dream to fly. So for their latest Phantom model, rather than completely overhaul this fantastic drone, DJI decided to make a couple of small tweaks to P4 Pro and fittingly call it the Phantom 4 Pro+ V2. After all, if it's not broken, why fix it? The main improvement being that it's much quieter than its predecessor, as propeller noise has been reduced by around 60%. Plus it now utilises OccuSync technology for live-streaming video instead of Lightbridge, which benefits from low-latency, high-resolution video. It also connects to DJI Goggles RE wirelessly and supports automatic dual-frequency band switching. This model also comes with a built-in 5.5", full HD screen on the remote control, which delivers improved visibility when flying outdoors in direct sunlight.

The Phantom 4 Pro V2 features 5-direction obstacle avoidance to ensure you soar the skies with confidence. What's really impressive is that it can automatically dodge and weave obstacles when it's flying at high speeds, just when you need obstacle avoidance the most. These clever sensors on the front, back, left, right and underside actively scan the environment around the drone, seeing as far as 30m, enabling the drone to automatically avoid pesky things like trees, buildings and whatever else you might encounter.

The real wow factor of this drone is its photo and video capability. The Pro V2 captures 20mp images and has been equipped with a 1-inch CMOS image sensor, that's about four times bigger than the sensor on your camera phone, this is what lets you capture much more detail. Everything has been thought of, it has a mechanical shutter so you can say goodbye to rolling shutter effect and with the ability to now change the aperture settings you'll have more control over your shots. Video is really impressive, you can shoot in 4K at up to 60fps or 1080p at 120fps, which is great for creating slow-mo footage. The 3 axis gimbal will ensure you're footage is smooth and seamless.

If that wasn't enough for you the Pro V2 has some new autopilot features for you to put to the test. There's some great Active Track modes where the Pro will automatically recognise a subject, follow and capture them as they move, making complex shots easier. And if you're out exploring on your own you can even capture yourself with your amazing backdrop using Gesture mode, where you yourself are the remote control. The Pro has an outstanding range, you can view live HD video from up to 4.3 miles away without so much as a jitter. Reaching a maximum speed of up to 44mph alongside a lengthy flight time of 30 minutes, you can really push this drone and explore your surroundings for longer.

*Accessories are not covered by warranty